A Radio headset is a two-way communication device that consists of both a headphone and a microphone.

The headphones are used by the user to listen to audio from other users, while the microphone picks up what you say and transmits it using radio waves. When someone responds back to the person speaking on the other end, that person’s voice will be played through the headphones.

Some of these allow you to communicate with other people who are within close proximity, and others that give you the ability to speak with people who are further away. The type of headset you need will depend on the specific purpose for which you want to use it.

Radio headsets: as the name suggests, these are designed to work with radios transmitting and receiving audio.

They typically have better reception than regular headphones, and some models even allow you to listen to two different radios at the same time.

Another benefit of radio headphones is the fact that you don’t have to be in direct line of sight with your communication partner, so it’s easier for you to move around.

Handheld Radios: this type of radio allows one person to communicate with another person who has a similar device.

They are great for use during outdoor sporting events or other situations where you are likely to be near other people, but they are not ideal if you need to transmit your voice over long distances.

Distance Headsets: this type of headsets is used by security guards who monitor remote or dangerous locations.

A two way radio has a range of up to 8 miles, allowing them to contact their co-workers in the event of an emergency.

Radio Headphoness vs. Two-Way Radios: How Do They Compare?

One way to decide which type of headset is going to be right for you is to consider what you will be using it for. While a two-way radio can serve as a replacement for a typical handheld device, it’s not as versatile as noise cancelling headsets.

over ear headphones typically provides better sound quality than a two-way radio, and it also offers the added benefit of hands-free operation.

This means that you can continue to do other things while you are talking, such as driving or walking. Additionally, a two-way radio typically requires a license to operate, while a noise cancelling headset does not.

In ear radios are typically used by police and security officers for a number of different purposes. They can be adjusted to fit securely inside the user’s ears, allowing them to communicate with other people over long distances.

Bluetooth headsets: as the name suggests, these headsets use Bluetooth technology to communicate with your phone or computer. This makes them perfect for people who want to stay connected while they’re on the go. 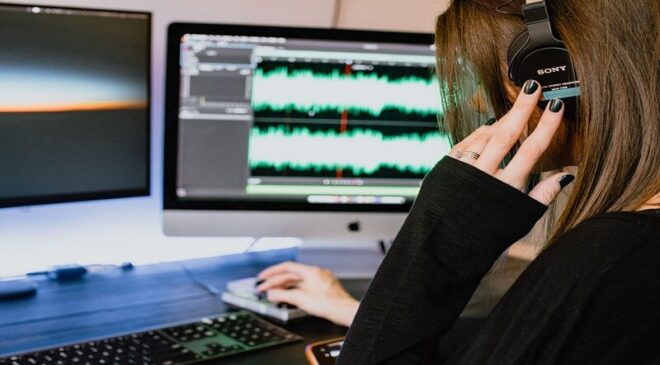 High-quality headsets are designed with user safety in mind. This means that they are manufactured to comply with the highest industry standards on electromagnetic emissions, meaning they won’t interfere with sensitive equipment or harm your hearing.

The only potential risk associated with quality headsets is the fact that you may be exposed to loud noises if you leave them on for extended periods of time.

However, this is the case with any type of headphones that has a high volume setting.

Manufacturers have designed their products to be comfortable and lightweight so they don’t hurt your ears even after you wear them for several hours at a time.

They also feature noise-cancelling technology, which means you won’t have to worry about background noises interfering with your conversations.

High-quality headsets are a valuable investment that will improve the way you interact with other people over the phone or over a radio.

They are comfortable and easy to use, and they allow you to enjoy hands-free convenience while you chat. Whether you need them for work or for play, the best ones will provide you with excellent sound quality and reliable reception.

A passive headset for two-way radios doesn’t have a battery or electronic components. Instead, it typically has a steel coil that picks up the radio waves and turns them into sound vibrations in your ear.

As a result, they are usually much cheaper than other types of headsets because they don’t require any additional equipment to work. This makes them an attractive option if you need a lightweight, inexpensive headset for infrequent use.

Passive headsets can be either on ear, in ear or full-sized over ear headphones that fit around your ears. They typically have thin cords that connect the two pieces together, and most models are designed to work specifically with one type of radio frequency. You’ll also need to determine whether you need a push-to-talk (PTT) model or one that’s controlled by the volume knob.

Two way radios passive headsets: Is it worth investing in?

A push-to-talk headset is ideal if you only plan to use your radio occasionally, and they don’t require any special installation. Passive models come in a wide range of styles and designs, which makes them an attractive option for people who want to use a headset.

An active headset has an electronic amplifier built into the unit itself, which is powered by a battery that’s typically located in the device’s control box. This allows it to work with any type of two-way radio system because it doesn’t rely on radio waves like some other models do.

As you might expect, this means that your active headset will be bulkier and more expensive than a passive model. However, it does offer other advantages that can make them well-worth the extra money.

One of the biggest benefits of an active headset is that it amplifies incoming sound so you don’t have to turn your radio volume up as high and can seamlessly switch from normal outside noise to complete cut-off. This makes it much easier to understand what other people are saying, and it can also reduce ambient noise that you hear from your surroundings.

A radio headphone is a type of headset that is designed to be used with two way radios. There are many types of radio two-way radios that use different frequencies; therefore, there are also different types of headphones made for each frequency range.

A person who uses a radio device regularly on the job might be able to benefit from using a pair of radio headphones.

Many radio users will wear these radio headphones for several hours a day and find them comfortable and lightweight to wear.

These types of two-way headsets can also give the person wearing them hands-free use–which can come in handy when they need both of their hands while working with certain pieces of equipment.

i-TechTalky features articles on all aspects of technology, business and how it shapes our lives, touching on security, cloud, crypto and artificial intelligence. Also, it covers trending tech topics on daily basis and intended to educate and inspire tech people.

Quick Guide on How To Extend The Life of Your Headsets

Best Useful Widgets for iPhone in 2021

Cell Phone Repairs Are Better Than Purchasing New One

i-TechTalky features articles on all aspects of technology, business and how it shapes our lives, touching on security, cloud, crypto and artificial intelligence. Also, it covers trending tech topics on daily basis and intended to educate and inspire tech people .